Kinoite, a KDE (and now XFCE) version of Fedora Silverblue

@Siosm any idea what is wrong?

From your logs, you have plasmashell crashing:

Can you report that in the Fedora bugtracker with the log output, the coredump from systemd-coredump and the version from rpm -qi plasma-workspace?
Thanks

Just rebased to Pantheon and quite liking it although vpn settings werent working - had to install NetworkManager-openvpn-gnome to get them working.

Got a good deal on a used Radeon card now so that I can run F33 without any proprietary drivers. Thanks for providing this awesome project @Siosm

Hello @Siosm,
I would like to add swaywm support to your project

is it neccesary to add sway to corps first ?

is it neccesary to add sway to corps first ?

No this is only needed if you want to re-use existing package lists created for Fedora Spins but I don’t think there is a Sway spin.

I would like to add swaywm support to your project

Thanks for doing that! I held off doing that for now and created the Base variant instead as I know that people who usually use minimal desktop environments also like to handpick their tools / components a lot more that KDE or GNOME users where we have a clear standard offering.

With the new Fedora archive repo, there should basically be no downsides to package layering and building on top of the base image should be easier than building more variants which is something that I am currently reluctant to do as it takes time.

So thanks for doing that but I’m probably not going to work on that for now as I am currently focusing on making the KDE edition official. You can however try to find like minded individuals to start working on an official Sway Spin / Edition in Fedora itself.

@stbischof: Meanwhile, if you’re fine with building your own version, a co-worker of mine (@martinpitt) has built his own Silverblue-like Fedora with Sway:

You could use his scripts to built it yourself… or if you’d like, I think you could even rebase a Silverblue installation to his build:

i had an open issue on @martinpitt s project. could not rebase · Issue #1 · martinpitt/ostree-pitti-workstation · GitHub

This is mostly what i searched. ( just flatpak is missing…)

The combination of this Project and

Hi, in the background I’ve slowly been working on The idea here is that basically CoreOS becomes the base of Silverblue - and ideally IoT as well. More components besides rpm-ostree are shared, including Ignition and zincati (for IoT and maybe Silverblue). There’s a whole lot of implications to this of course; some things get worse, others get much better. One of those things that IMO is much better is how much easier it is to do custom builds (both for testing fixes and truly custom fork… 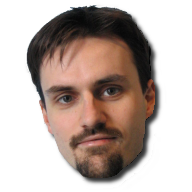 Would be great. Lets see what the time brings.

To account for the increase in traffic on the repo, I moved it to a beefier server which should help with updates. Let me know if you have issues.

As I made a mistake during the initial Fedora 33 build, you will probably get a warning message on the login screen about SDDM and wrong permissions for the KDE variant. This can be easily worked around (and should only be needed once) after the update by logging in via a TTY (use Ctrl + Alt + F2 for example) and using:

Looks like this is still happening with the latest build. Will take time to investigate soon but in the meantime the same steps should work here. This should only happen once after the update. Sorry for the issue.

Unfortunately for the KDE variant, this issue is still here for this update. I have a hint about the root issue but have not been able to figure it out yet. Hopefully this should go away when Kinoite is merged upstream for Fedora 35 (see the proposed change).

As always, as I made some change on the server side, please let me know if you do not see the update or if something is wrong.

I have updated the Rawhide refs! Let me know if you encounter issues.

Thanks. What Plasma version does the Rawhide ref include?
I’m one of the Plasma devs, and searching for convenient way to bisect bugs. Like this: 432317 – Can't logout session - it restarts immediately.
I think it would be useful if you make refs for Plasma Beta branch, or even master.
Similarly the way KDE neon does.

I agree that it would be great to have master builds but I need someone (or a group of people) to maintain the RPM packages as a Copr for example.

For the reference: I spent days debugging this, just because my Plasma Dev installation was dirty.
Bisecting this was a pain because it involved several repos rebuild.
Still I had no choice because there is no OSTree-based Plasma distribution known to me.

Improving the situation on this front is definitely on my TODO list once we have Kinoite build by Fedora infrastructure. The best option would be having daily master Plasma / Qt builds on top of stable Fedora available for KDE developers to test via Kinoite.

The best option would be having daily master Plasma

Ideally it should build as frequent as CI here: All [Plasma] [Jenkins].
But even daily builds would help a lot.

Fedora 34 has been branched, so I’ve published f34 refs for all variants. I’ve only lightly tested the KDE ref so beware dragons!

Fedora Kinoite (KDE) has also been accepted for Fedora 35!

Rawhide builds will appear first in the coming weeks/months.

Another temporary solution for the SDDM error at login is to add the following tmpfiles config in /etc/tmpfiles.d/sddm.conf:

I don’t know why, but moving the KDE plasma settings in depth makes the kinoite 33 and 34 buggy

With other interfaces this does not happen